En
Ru
The world's first official NFT collection released in association with a synagogue
The collection was created in association with leading Jewish community center in Russia "MEOC". Its specialness is that it is both a profitable way to invest money and a way to do acts of kindness by supporting charity.
Go to collection
NFT-Tzedakah
RU
EN
The project is supported by the Chief Rabbi of Russia, Rabbi Berel Lazar 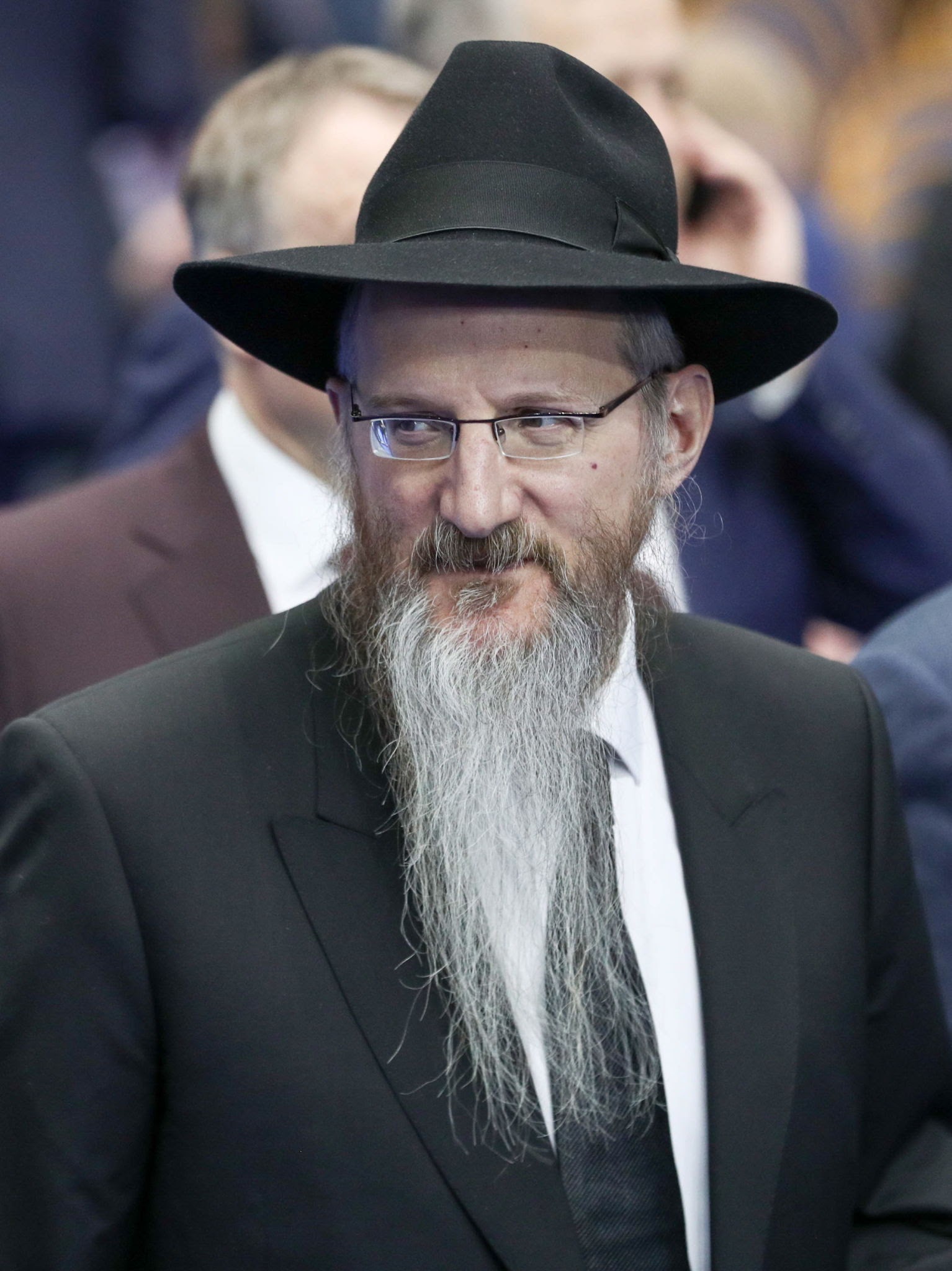 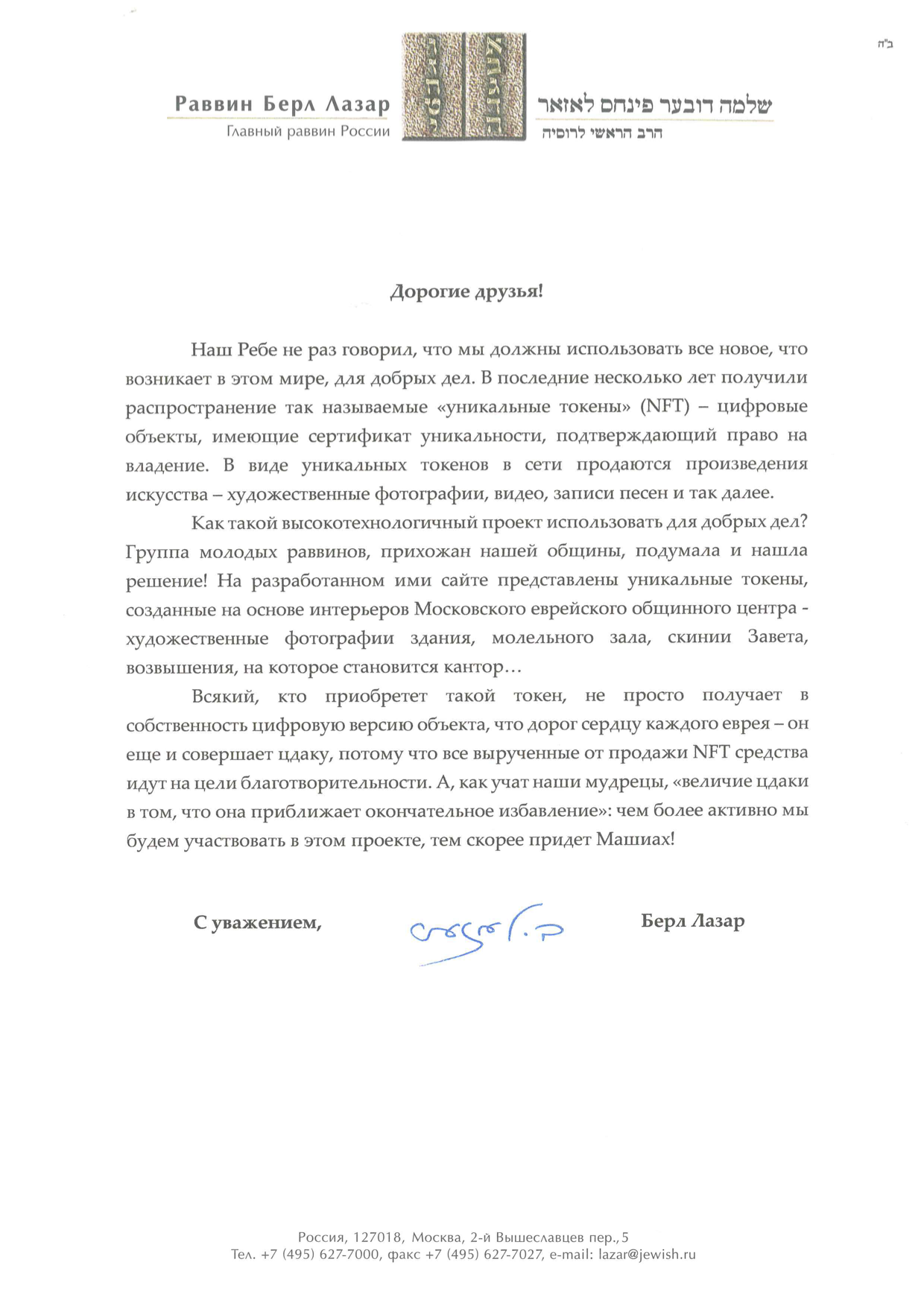 We are releasing only 4 non-fungible NFT objects and conducting a public auction that will last 2 weeks
Each NFT token is non-fungible and is a 3D copy of one of the home décor of one of the main synagogues in Russia:
Bimah
In the center of a synagogue, there is a platform called bimah‎. From this platform, the Torah is read; a table for the scroll is installed on it. Bimah resembles a podium from which the Torah used to be read in the Temple.
Between bimah and Aron a-Kodesh there is a special pulpit – amud, where a hazzan stands while performing a prayer.
Amud
At the wall opposite the entrance, where all the praying people turn their faces, there is Aron a-Kodesh – an ark or a niche where the Torah scrolls are kept. It is covered with a curtain called parochet‎. Aron a-Kodesh is a symbolic analogy of the depository of the Ten Commandments scrolls within the veil of the Jerusalem Temple.
Aron a-Kodesh
It houses offices, classrooms, studios, a synagogue hosting 2000 people, a ritual pool – mikvah, a library, and a concert hall.

Social projects and clubs for various groups of people function at MJCC. At the Center, there are children's and youth clubs, courses of the English, French, German, Spanish, Hebrew, and Yiddish languages, painting, singing, dancing, guitar playing. Also, there is a driving school, computer literacy courses, sports, and charity programs.

For over 100,000 community members, MJCC has become the second home. People come here for the cordial atmosphere of unity, friendliness, and spiritual comfort.


The building of the Moscow Jewish Community Center (MJCC)

NFTs of coins
These are the NFTs of the coins issued in honor of the synagogue opening which took place on September 18, 2000.
The solemn ceremony was performed with the participation of the Russian President Vladimir Putin, the Chief Rabbi of Russia Berel Lazar, the First Deputy Prime Minister of the Moscow Government Vladimir Resin, the US Ambassador to Russia James Collins, the Israel Ambassador to Russia Natan Meron, and the Chief Sephardi Rabbi of Israel Mordechai Eliyahu.

Such coins were presented to everyone who came to the synagogue inauguration ceremony.

Coins are an addition to the main 4 NFT collection and are sold at fixed prices, without an auction.
Everyone can buy such a coin for themselves or as a gift.
Coins always played an important role in the history of the Jewish people.
Even nowadays, before Purim — in memory of a half of a shekel endowed to the Temple on Adar — it is a tradition to donate for charity half of a coin currently in circulation at that place.
Silver (613)
Gold (150)
Platinum (15) 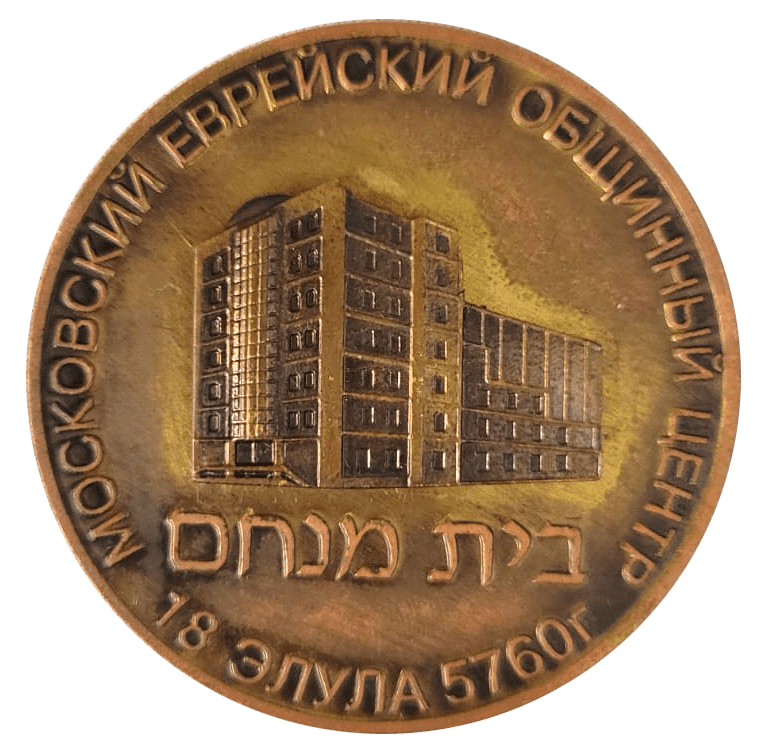 Open a collection on OpenSea
Priceless moment
The NFT-Tzedakah is the world's first use case of the NFT as an official fundraising tool for a religious organization.

There are all prerequisites for this type of donation to become popular among Jewish communities around the world.

Each of the presented NFT tokens will exist in only one copy.

The first tweet of Jack Dorsey, the Twitter founder, was sold as an NFT token for 2,900,000 USD

Sir Tim Berners-Lee, the Internet inventor, sold the original code that he used to create the Internet in the form of an NFT token for $5,400,000
Additionally, you will get a certificate of your participation in the first charity Jewish NFT-project signed by the heads of the Jewish Community.
Purchasing our NFTs, you are making a donation which will support the elderly people, children, and the development of the Jewish community in Russia.
Open a collection on OpenSea
Advanced technologies at the service of traditional values
﻿You participate in charity automatically
Our project was created for charitable purposes. The collected funds will be used for the daily needs of the synagogue and its laity. The synagogue is engaged in enlightenment, brings knowledge to the general public, and that requires a lot of investment, some of which may be covered by selling NFTs. 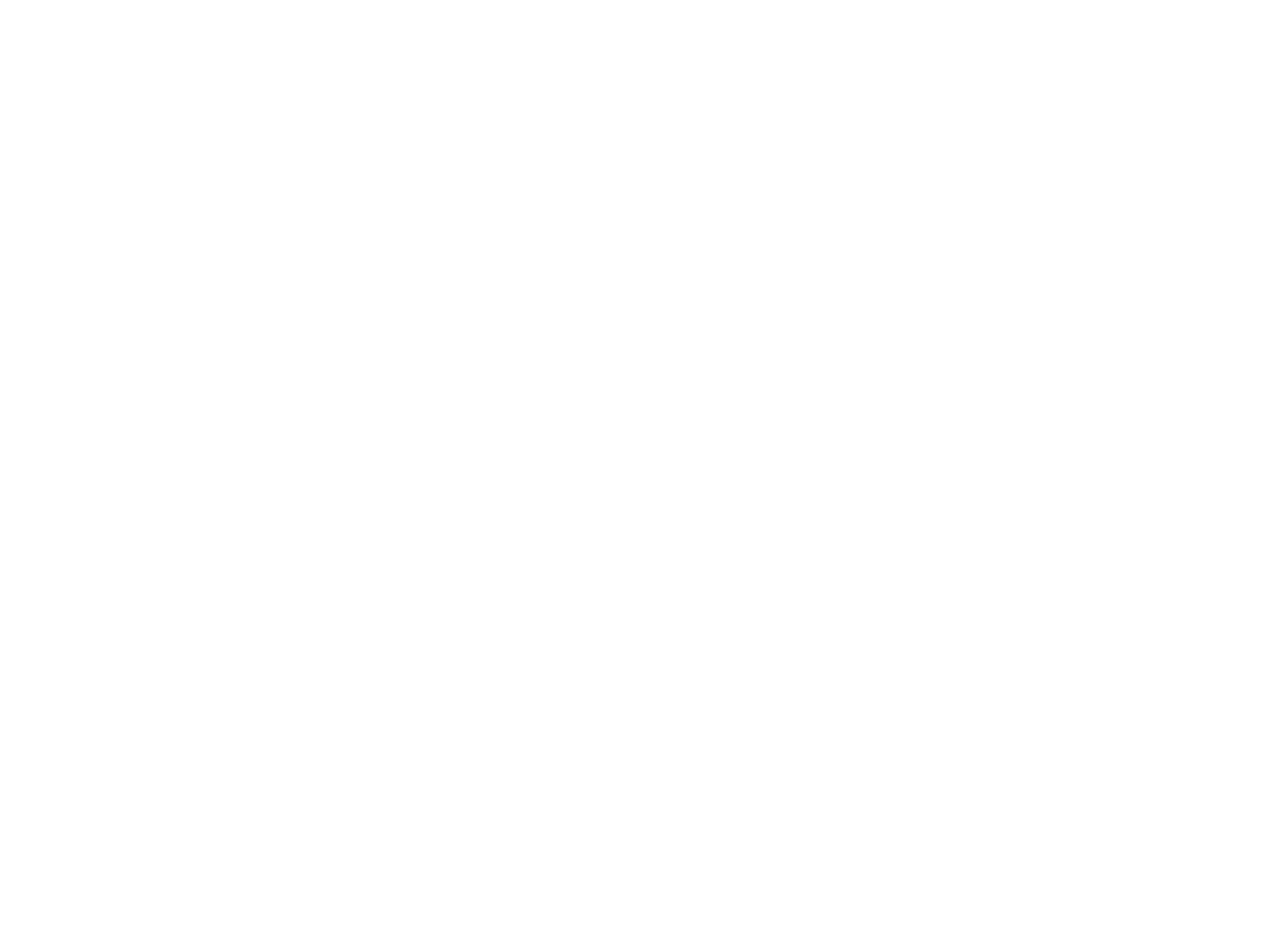